The 2021 Census population for the Regional District of Nanaimo is 170,367. Of this number, 26 per cent (43,745) live in electoral areas and First Nation communities and the remaining 74 per cent (126,625) live in municipalities. Click on the Populations Statistics tab below to see a full breakdown of the population within the Regional District of Nanaimo. 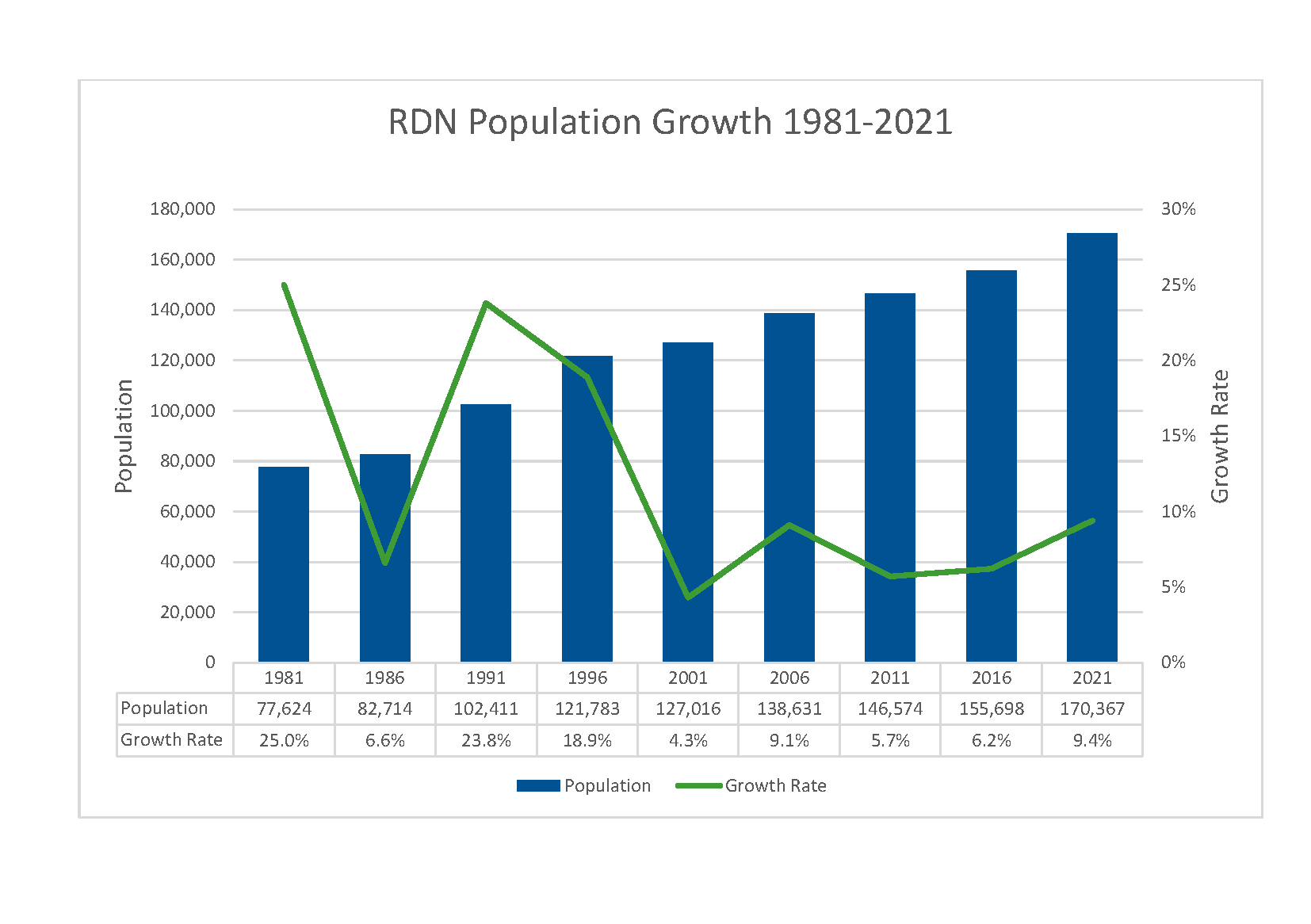 Population growth rates in the Regional District have fluctuated over the past 40 years during different census periods. These highs and lows are the result of a range of factors including migration, aging as well as births and deaths.

The Regional Housing Needs Report, completed in 2020, includes population growth for the region over the next 20 years. The populations projections in this report are presented for the region under two scenarios: Baseline and High Growth. While its recognized annual growth rates may vary between rural and urban areas, the Baseline Scenario is considered representative of the region.

Note, the population projections are based on the 2016 Census Year, adjusted to account for “net Census undercoverage”. Undercoverage is the percentage of the population that is missed by the Census (balanced against those who are doublecounted). 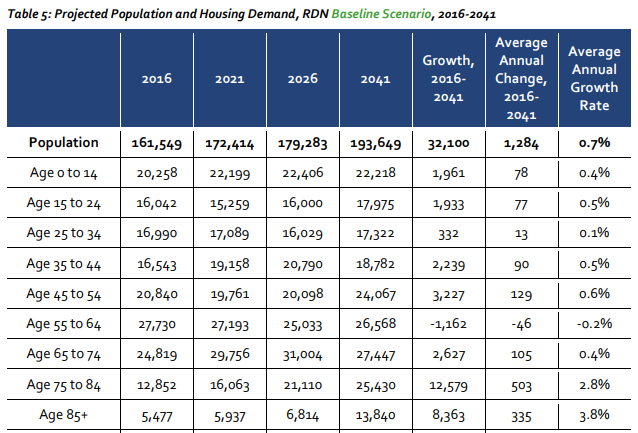 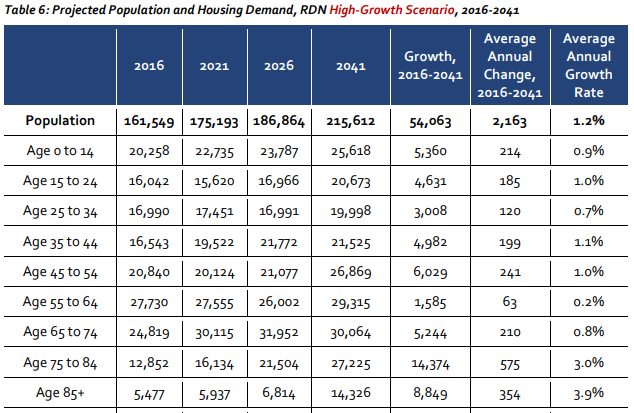